We skated on a bit to take a little break in a park.  Bathroom, water, skate removal to rest the feet, skate talk, etc.  I sure needed that. 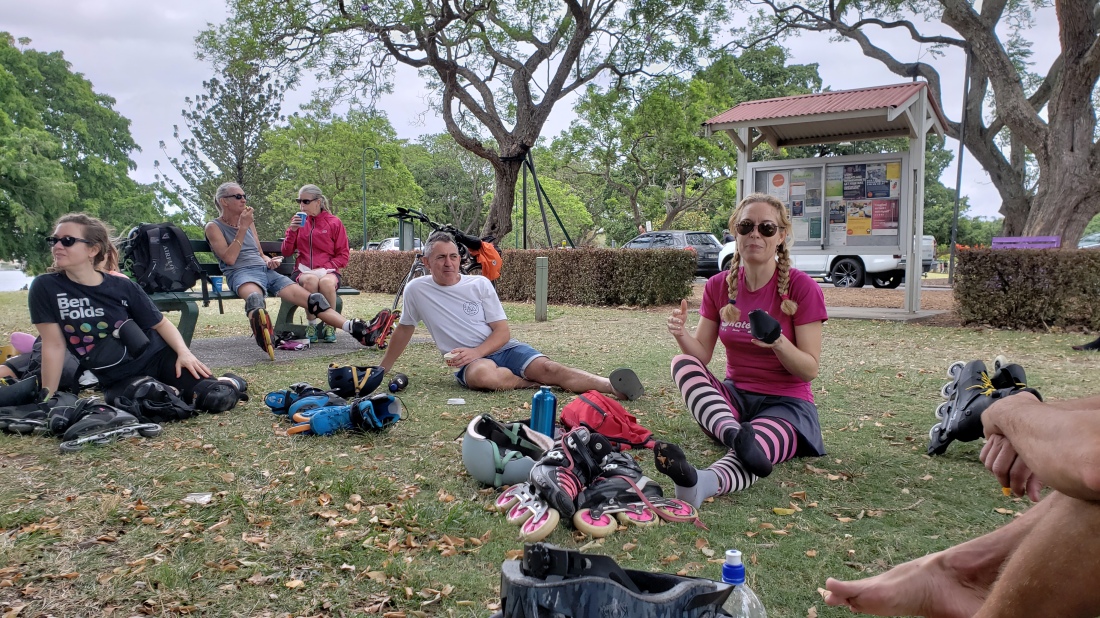 The rest was great, but I was still feeling the pain.  I needed a plan for surviving the day.  I decided to sit on the sidelines during lessons to try and let my legs recover a bit between skating.

The next lesson stop was for power slides.  Asha had a great way of teaching it which did not require you to already be skating backward.  I am still a little uncomfortable on the 110mm skates so I am not sure how excited I would have been to try that even had my legs been fine.

Even just watching I learned a lot.  Watching was interesting because you could see what other people were doing and the corrections Asha had them make.  Not as good as doing it yourself, but a lot of what she was saying clicked better in my brain by seeing others do it.

While the power sliding was going on there were two or three jet skis cruising around in the background.  Eventually they came up near where we were, yelling and waving.  They were dressed in Santa Clause outfits.  It is odd being summer around what I am used to being winter holidays.  I did not get any great pictures of the jet ski Santas; they zoomed off too fast: 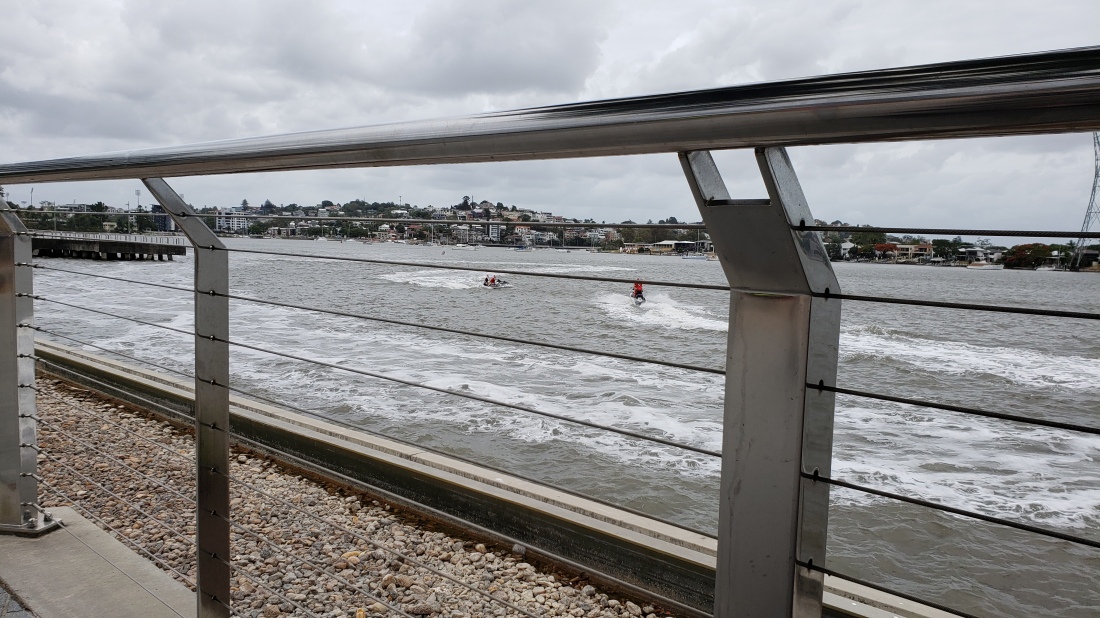 Nikki is in the light pink top on the right, she is about to have more skate problems.

Not long after that photo, people were moving on up the trail.  The skating practice was on a pier.  While I was skating back towards the shore I noticed a handful of people surrounding Nikki, looking at her skates.

I caught up to the lead marshal and a few other skaters and they said her bearings were making a lot of noise on one of the wheels.  When they removed the wheel the bearings just fell apart.  Nobody had spare bearings on them.  I brought some extra bearings to Brisbane, but had left them in my hotel room.  I was thinking more along the lines of if my skates got wet I would have a spare set of bearings to swap out for the next day.

Next time I saw Nikki she had the center wheel removed from one of the skates.  With a tri skate, that leaves a really big gap in the skate.

View all posts by AgingSkater